Long time, no update! I've been into Web Comics lately, and there are some you must read. Click the comic names below to read them. Go on!

Girl Genius: Likely the greatest Web Comic of all time, and one with a long history of consistenlt good art and story. Mad Science!

UnSounded: Beautiful art. It includes an absolte brat, which I ended up rooting for. Impressive feat.

Gunnercrigg Court: Art improves over time, which is fortunate as it was initially a bit too simple. There's science, and there's supernatural, and the interplay is nicely done.

Sleepless Domain: Art which manages to be both toony and gorgeous, with well-developed characters. Appeals to me as it does the same thing I try for with my own writing: Just enough surprises to leave you nervously uncertain of the outcome. Heartful Punch is in danger, noooooo! Undine! Go save her!

Seymour Hersh has written a fascinating article about Syria, the Sarin gas attack, and the barrage of attack missiles launched by Trump. You can read it over at Die Welt. Short version is: It turns out there never was any gas attack, and Trump led the US in attacking a nation to punish it for something it never did. Rather like the invasion of Iraq.

Either Trump thinks the same as George Dubya (that good can defeat evil so long as good is more violent than evil), or he is genuinely scared of appearing to be weak.

I suspect the latter. Is takes humility to recognise how tiny we are.

This 2017 game is definitely worth a mention: Prey. The games takes its name from the 2006 title Prey. Which is pretty damn confusing. Fortunately, its not much like the earlier title, and is much more like the System Shock series.

That's a very good thing for anyone who likes the freedom to play how you like. As the game goes on, you can pour upgrade into health and strength, weapon usage, stealth, hacking, and a bunch of spooky supernatural stuff. Or you can play though without any of that, though it'll make things much tougher.

I've been playing for a couple of weeks now, often until late, which is a darn good sign.The game has a strong survival focus, with some grey ares of ethical choice thrown in that really make you think.

any game that stops me from buying and playing Tides of Numenera for a while has to be doing something right.

This news is late to reach my website, but here it is: My father, Patrick Leonard Curran, died last month. He went quite suddenly, which is probably something to be thankful for in the grand scheme of things.

The two of us did a daytrip to Binalog Bay together only a month or two beforehand, and as usual he bought me a bunch of sweets and chocolate. Ah, the simple joys! On a side note, the food options in St Helens are pretty amazing... I remember far fewer options available in the 1970s and 1980s during our family holidays there.

He was conscientious, and a reliable source of good advice. Plus the occasional chocolate! He was a great Dad. 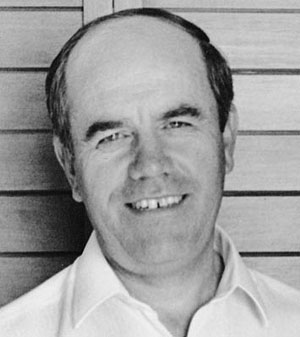 Ah, the latest Hitman game is finally out for the PS4! Actually, the episodes were released over the last six months or something. The publisher seems to have dedicded to try episodic releases, goodness knows why. Anyhow, here's a quick review.

Firstly, the game is basically six maps. Each map is a quite good. Large, open settings with plenty of atmosphere. Your handler Diana gives you a breif summary of your objective, and also provides live updates as you discover opportunities and achieve objectives. I have no complaints about the maps, although six seems rather few. I would have expected about eight or nine.

When installing from disc the game claimed it needed 12GB of updates, which gobsmacked me. It later revised this figure to 4GB, which seems more reasonable. It makes me think the publisher has put very little effort into the disc release.

The game will complain if started without an internet connection, but you can choose to continue and play offline. Unfortunately doing so means your game is not scored in any meaningful way. No overall score, no trophies, no achievements, not even a table of who has been assassinated with what methods. The reduces replayability for offline players, which seems like a really stupid move for a single player game.

There is clearly an expectation that users will be online while playing. This has two immediate implications:

First, those who play offline are penalised. They would have a better experience playing an older game such as Hitman Bloodmoney.

Second, the publisher will one day turn off their Hitman servers. When that happens, all Hitman stats and achievements will be lost. Also, nobody will ever be able to play the game and record stats ever again.

I could write waaaay too much about President Trump, so I'll keep this short. Just don't be surprised when he gets a second term.

Trump is behaving like a bully, with blunt methods with poor focus. While he might learn to do better, I doubt he will. I suspect he will make life worse for most people. Further, I predict he will blame others for this failure. The media, the courts, the constitution, foreigners, or a race/religion minority. Dictators have done the same many times, and in North Korea they've been managing to keep it up for quite a while.

This makes it less likely that the US will objectively analyse and correct the structural financial imbalances behind their problems, and more likely that they will crash in a great heap with all the international fallout that will result.

But hey, who knows? It may all eventually lead to something wonderful. Que Sera, Sera.